On Bike Video
Not the best quality due to tech
problems. 5min 11.2Mb 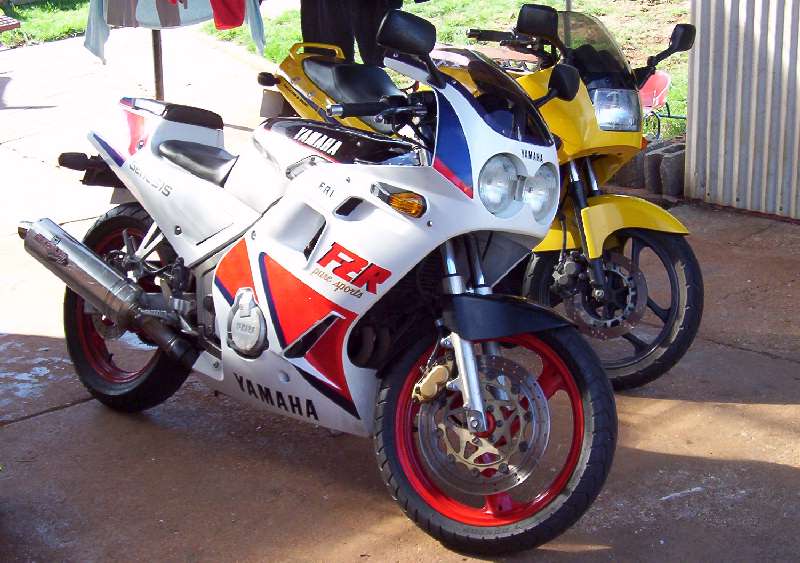 This bike is 250cc and fitted with what YAMAHA calls EXUP (EXhaust Ultimate Power). It consists of  a servo
motor driven valve which is fitted in the exhaust system where the four pipes join into one under the gearbox.

What this does is to close off at low revs to increase the low exhaust back pressure caused by the wild valve timing.
This pressure actually pushes back into cylinders when the exhaust valves first open, increasing downward force on the
pistons, increasing torque at the back wheel at low revs.

The valve progressively starts opening from 3000 rpm to fully open at 8000rpm. The engine therefore performs
usefully between 3000 to 17000rpm. 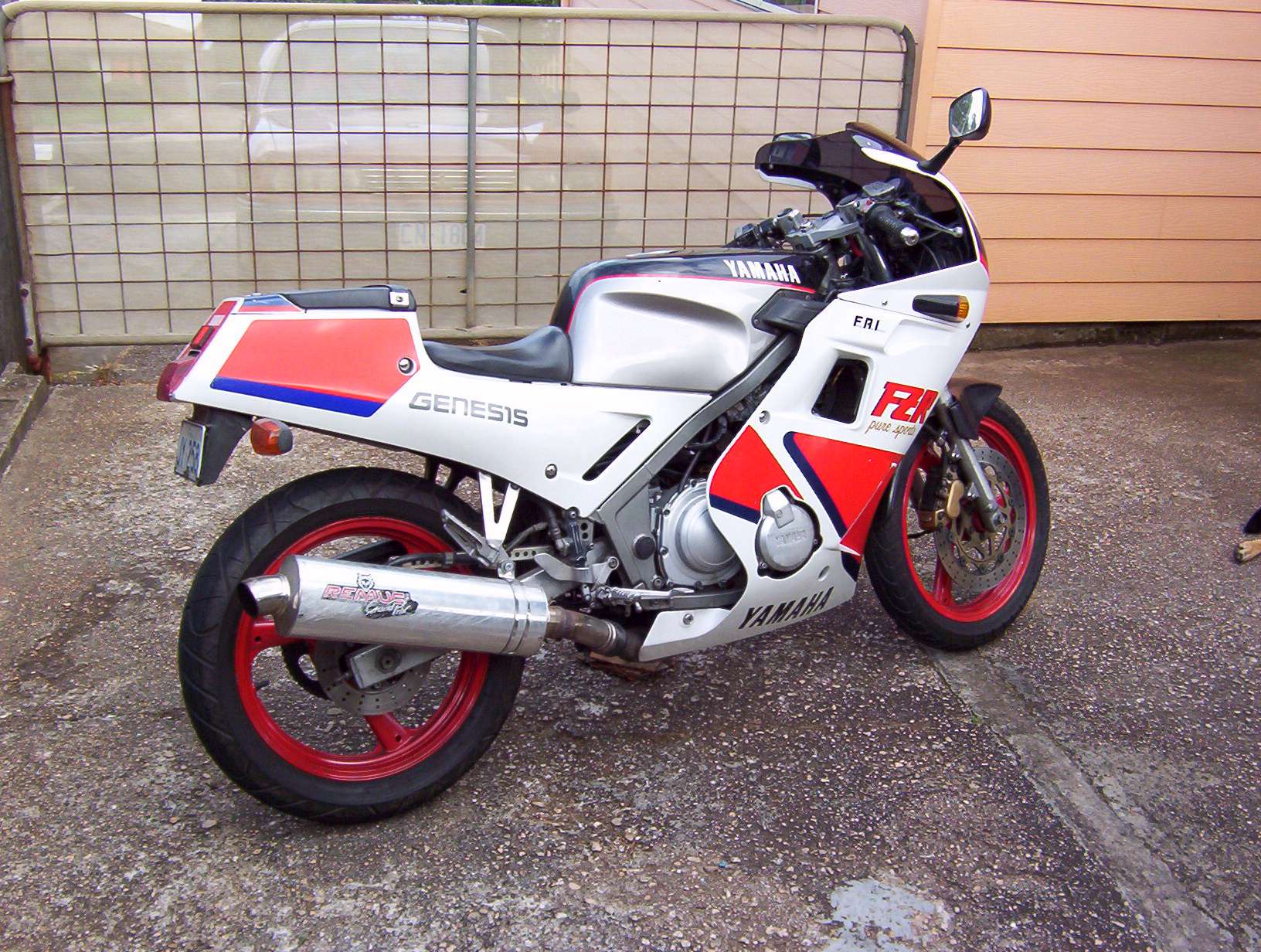 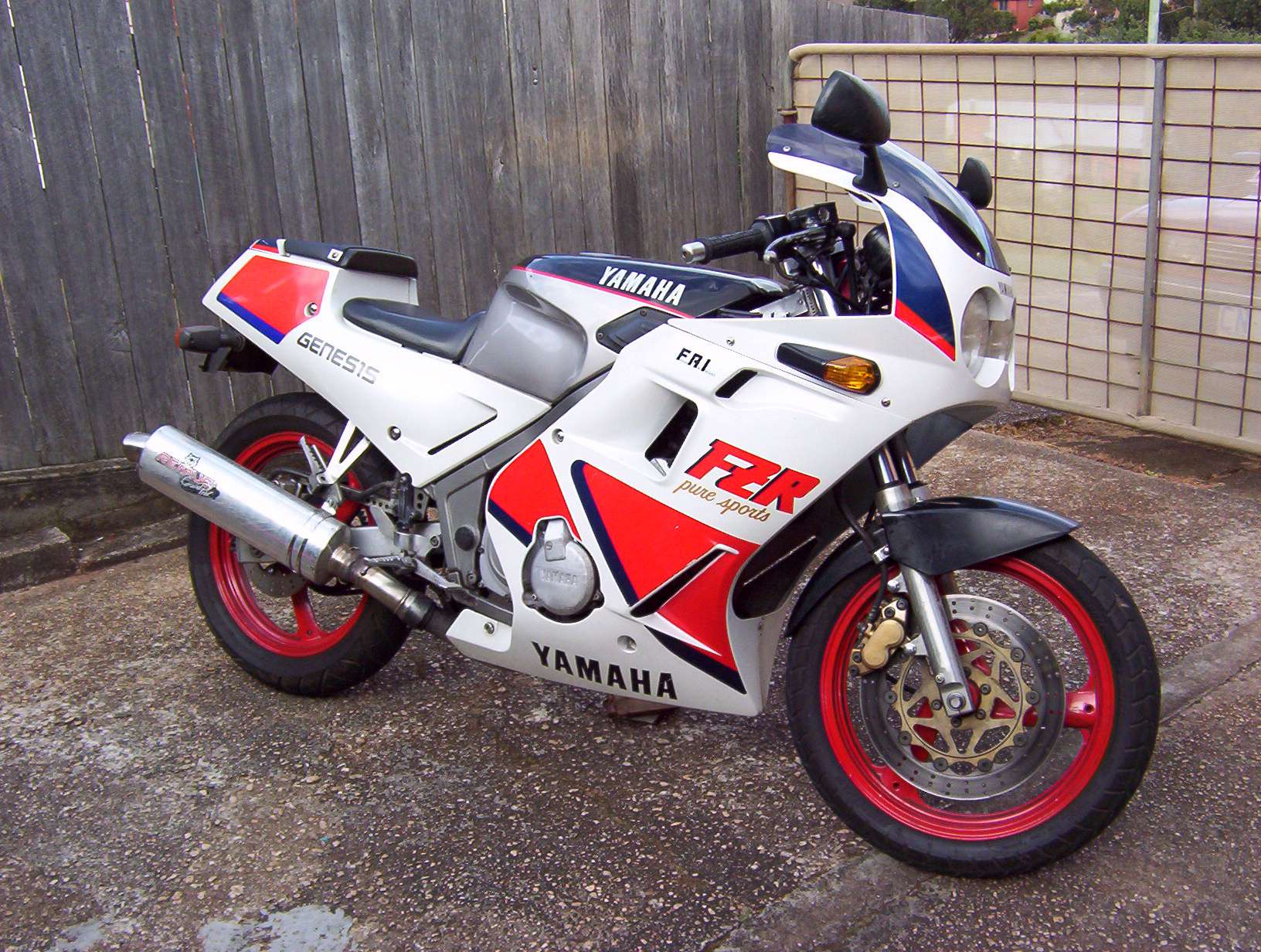 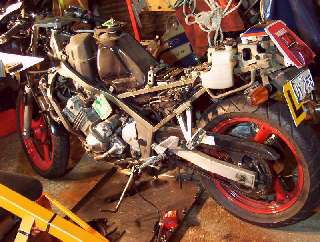 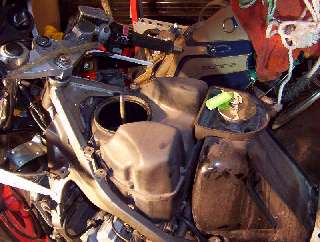 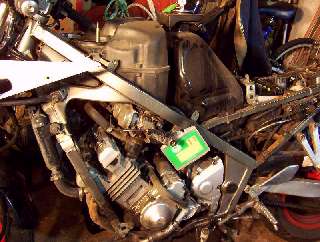 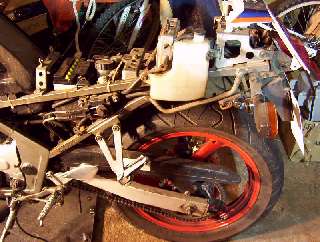 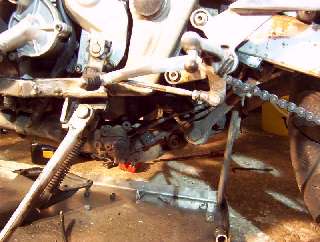 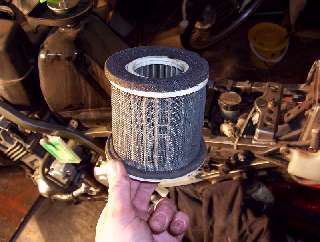